There is a tradition amongst my fellow Dutch, and many other nations’ assorted watermen to name their boats after a woman, often their significant other. Boats are female; the interwebs give diverse reasons.  There is a romantic notion that “she” is the motherly embrace that will shield you, and your cargo, from the sea. Or in a more sexist twist, some say that a ship can be unpredictable, nay cantankerous. For most women I know there is only room for one girl. Naming your ship after her will hopefully appease her enough to keep any jealousy at bay. Anyway, it’s a tradition and it solves the “what shall we name her?” problem. Thus, my boats are named “Lady Kay”, after the love of my life by the same name.

My journey on the water started a long time ago…. in the 60’s. My parents were sailors and we had boats. Weekends and family vacations were spent on ever larger water. Part of growing up was learning how to sail, and how to take care of yourself on the water. What better way than in your own dinghy?

Fast forward quite a few decades to 1991 and me and my then fiancee, acquired an early 80’s Catalina 30….. Needed some work but after that we had a lot of good sailing… and even sailed off into the sunset after getting married. 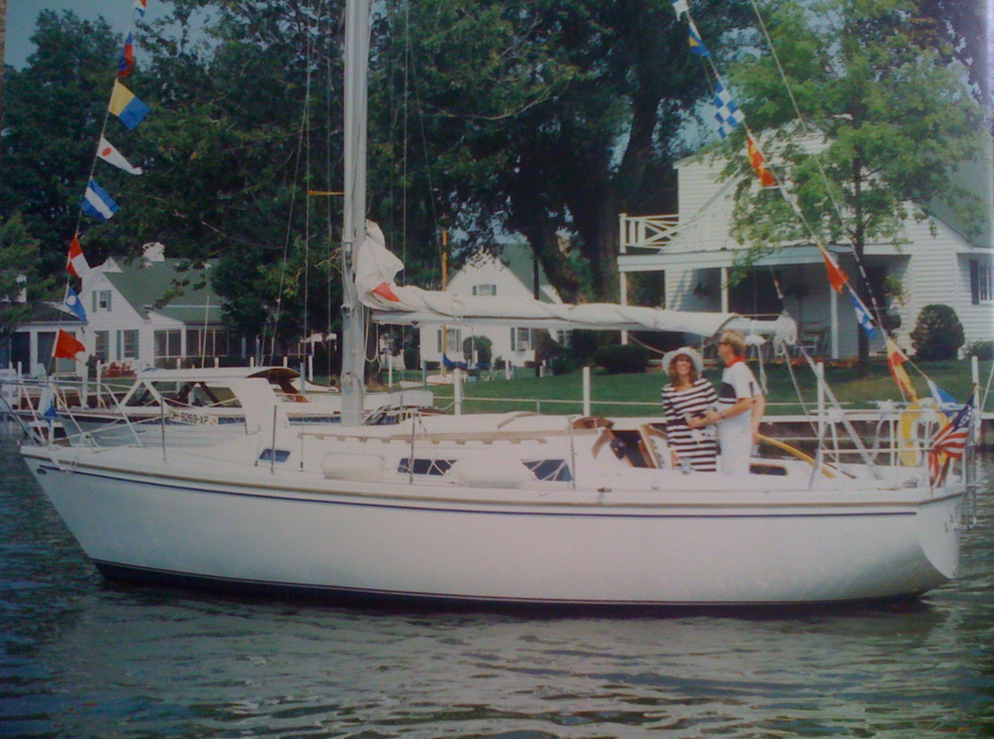 In the early 2000’s Lady Kay II arrived on the scene. A brand spanking new Catalina 250 we trailered and sailed all over.

Then it got serious and Lady Kay III was a mid 80’s Catalina 42. Bought out of foreclosure she was severely neglected, though not abused. After a TON of work she came out quite presentable, and in four years we put 6000 miles on her sailing up and down the East Coast…..

Then life got busy….. too busy and the big boat went away. So I got a project to mess about with in the backyard. It was a Dragonfly folding trimaran but when I got in to it I discovered she was a lot sicker than I thought. I put a lot of time in to her and then the project petered out and I found someone to take over from me…. I never was on the water on her, technically she was Lady Kay IV….. it was even painted on her hull, but she was never officially launched as such.

So here we were in 2018 and I’d been without boat for quite a while. Bummed a few rides on friends’ boats, but that’s not the same. Got in to the RV game too. More time…. But, the end of my professional career was in sight and we decided we’ll spend our “golden years” divided between the house, the RV and the water. And the water part was to be a power boat. I’ve had my share of wet and cold open water sailing, much of it solo, so in a few years we would be looking for a floating condo. Power and comfy. But, I could stand a little fun in between. So here we were at the next chapter, Lady Kay IV.It all started when a colleague at work said: “My father in law has this boat that hasn’t moved in 15 years………..” And there she sat (and sits) in the back yard. Trailer restoration in progress. Engine and outdrive sold. Not sure how this one will end….

And then the COVID thing hit. And I discovered that sleeping at night instead of being awake somewhere over the Atlantic hurts a lot less. And the spreadsheets said I did OK so I decided to call the flying done. And then Lady Kay V happened…..